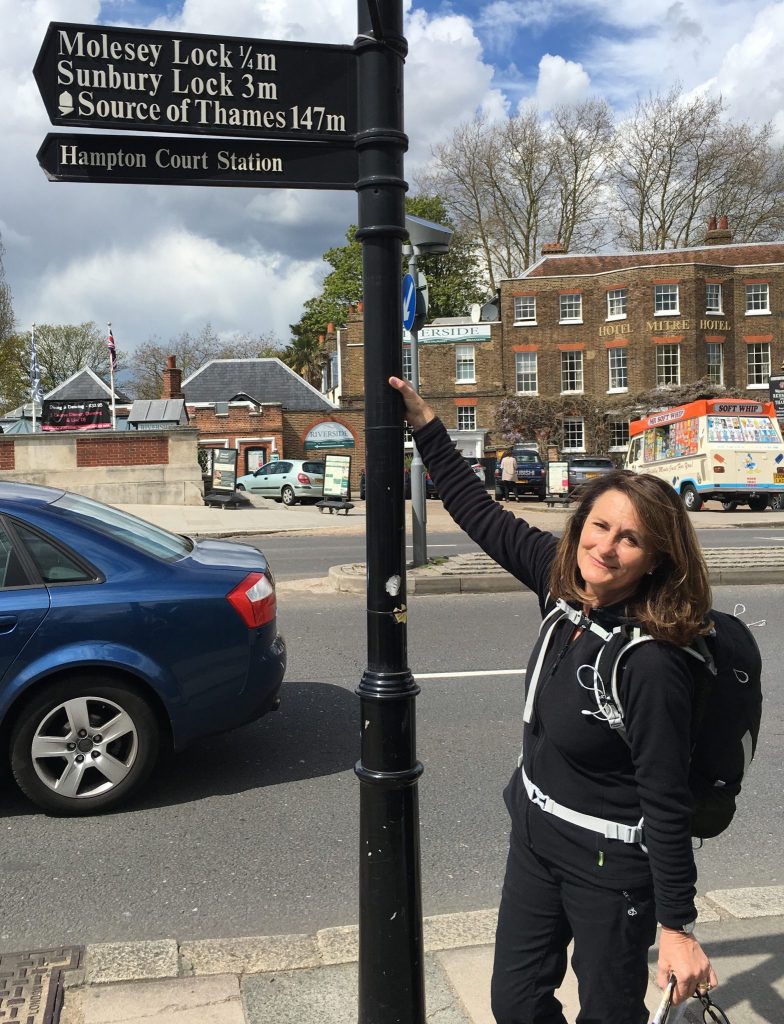 Last year I walked the length of the Thames from the Barrier in London to the source in the Cotswolds. It took a couple of weeks and I loved every minute of it. In fact I was pretty bereft when it was all over and almost immediately started hankering after doing another walk. There are SO many trails to choose from and first of all I had my sights on The West Highland Way in Scotland. Then I shifted my focus to the legendary Pennine Way, the backbone of England. But I also wanted to do the South Coast Way in Cornwall. And then it dawned on me .. I could do them all if I walked from Land’s End to John o’Groats.

The planning of the walk has been epic. My bedtime reading became the blogs of other End to Enders or LEJOGers, as they’re known. I read every book I could lay my hands on about other walkers’ journeys. I listened to podcasts, watch youtube clips and met up with people who had already chalked it up. Very soon it became apparent that no two people had used the same route.  I wanted to use as many national trails as I could and avoid as many roads as possible. Some of them joined up, some of them didn’t … leaving gaps to fill using pathways, bridleways, lanes, canal towpaths, disused railways and unavoidably the occasional A road. The terrain would cover coastal paths, lake and loch shores, farmland, forests, moors, the odd village and town, as well as plenty of rolling countryside. The more I read the more excited I became about the walk .. in fact, my walk, as it is unlike any other.

You won’t be surprised to hear that Ordnance Survey has done pretty well out of me. The route has been mapped out using a thick red crayon across 40 plus maps. This has been duplicated on electronic maps on my phone. Not being a wild camper but being pretty fond of a glass of white, I’ve had to make sure that each day leads me to some sort of hostelry to lay my weary head. As the whole enterprise is going to take around 95 days that’s a lot of B&Bs to book!

And now there’s the training. Walking 2000kms requires that your body be in reasonable shape and that you’ve well and truly broken in your boots. I’ve become obsessed with the little heart on my smart phone .. how many kilometres have I walked today and how many floors did that include. How much does my pack weigh and should I really use poles. Will I carry two bottles of water or just the one .. you get the picture. At times I feel I’m thinking of nothing other than Walking The Black Dog .. and I can’t tell you how exciting I’m finding it! Having a project, a passion and a purpose is one of the keys for me to keep the black dog at bay.

I’m longing for March 2018 to arrive so I can get walking! It will be wonderful to have company as I did along the Thames and I’m also relishing the idea of time by myself to just walk and think. How lucky am I.