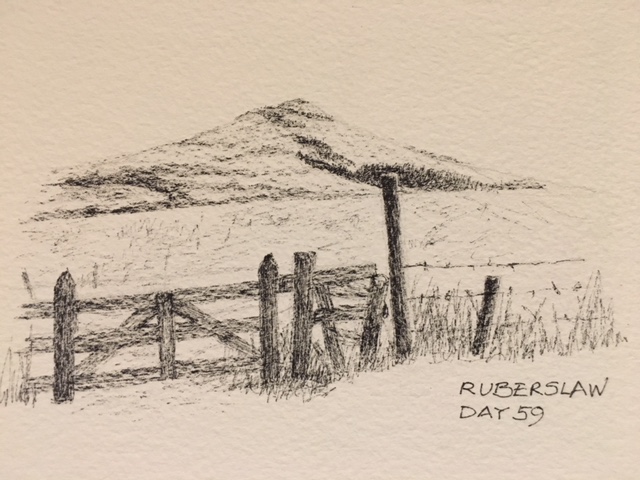 There’s no two ways about it .. today’s walk was a slog. Sixteen and a half miles on the verge of the A68. A verge which ranged from the occasional bit of pavement to virtually nothing. Being a Bank Holiday Sunday the trucks were at least few and far between but it was as if the Monaco Grand Prix had been relocated to the borders of Scotland. Hundreds and hundreds of motor bikes whizzed past me during the course of the day. When I asked one of them where the convention was being held, he replied in a broad Geordie accent, ‘Noh, it’s just right sunny, like’. 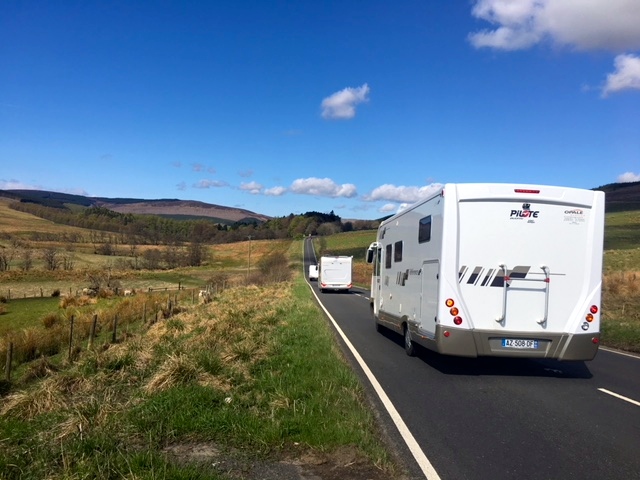 I left the gem of Forest View’s Walkers Lodge and went in the opposite direction to Beck and John who were leaving me for the coast. We’d been treated royally, with the best home-made food, our boots cleaned for us and the warmest of hospitality from Colin. It was a real highlight of my trip. http://www.forestviewbyrness.co.uk

In amongst the Suzuki-dodging there was a hugely exciting landmark today. Northumbria and England came to an abrupt end and I crossed the border into bonny Scotland. The weather came to the party with Sydney skies and sunshine. It put a huge grin on my face. 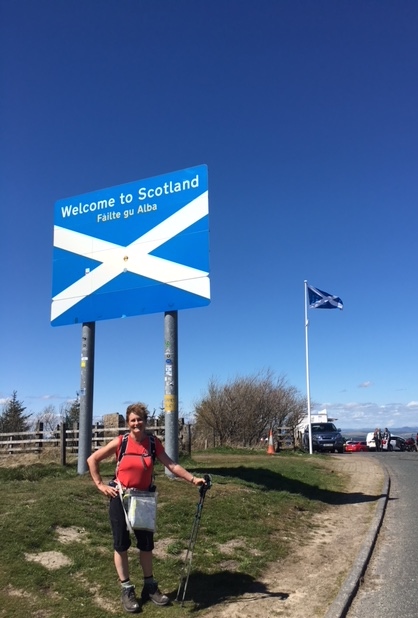 Taking the high road into Scotland

Walking the A-road however, really took it out of me. Especially in the heat and a return to a full pack. While there was no navigating to do, I found myself constantly checking the map to see how much further there was to go. Putting one foot in front of another became pretty monotonous and for one of the few times along the journey, I found myself really wishing the day was at an end. I did dig in and eventually reached Jedburgh but I’m not sure I could have resisted temptation if a Harley Davidson had pulled up and offered me a lift. Jokes aside, it was one of my more challenging days and I’m glad it’s behind me.

I leave you Gentle Reader with views across the splendid Scottish Borders, where spring has most definitely sprung. 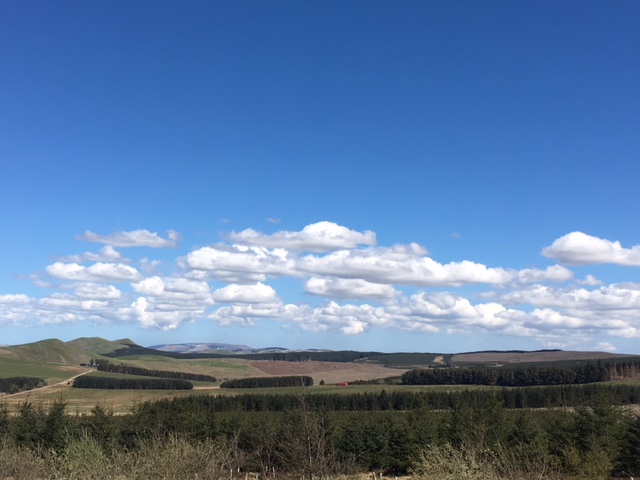 Views across the Borders 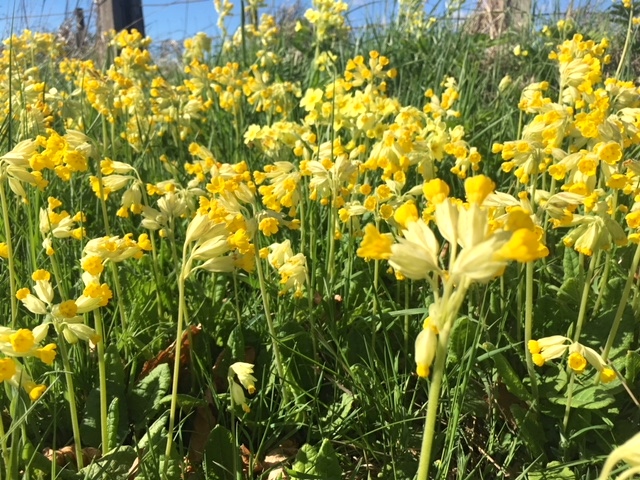 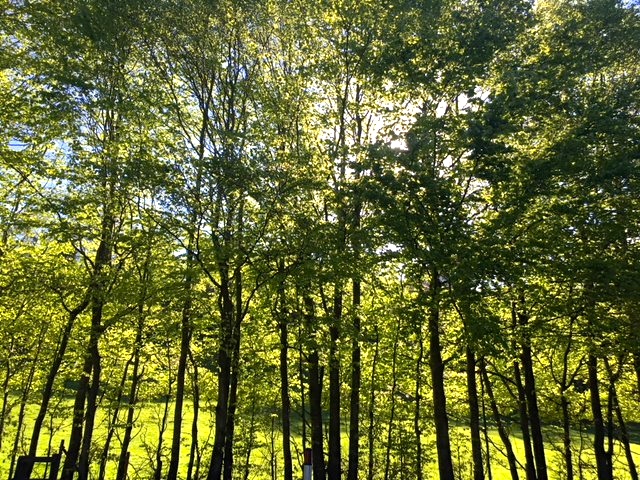 Sun streaming through the trees

Black Dog Tails
An action shot today of US Sergeant Justin McGee and Archie running for cover during gun battle in Afghanistan. 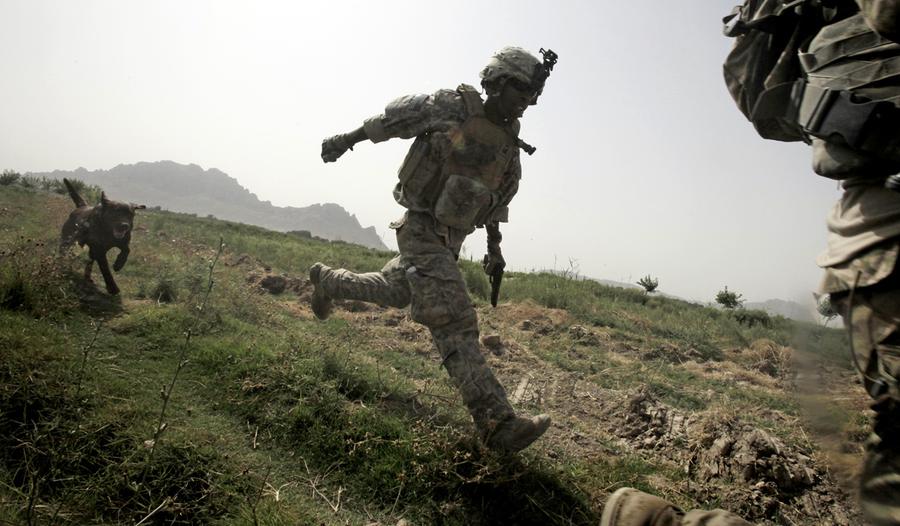