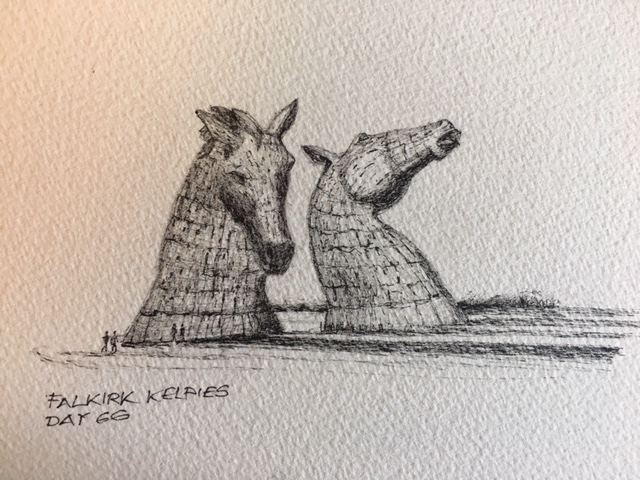 We picked up the Union Canal again today, which soon shared its path with The John Muir Way. It’s a trail which is named after the Scotsman who went on to become America’s most famous and influential naturalist and conservationist. His philanthropy and activism helped to preserve Yosemite, Sequoia National Park and a whole mass of other wilderness areas. ‘His love affair with nature began while he was still young, and he once implied that it may have been in reaction to his strict religious upbringing’. His father believed that anything that distracted from Bible studies was frivolous and punishable. But the young Muir was a “restless spirit” and inevitably became prone to lashings in his early years. There are many trails in America which are named after him. It was rather marvellous to be joining the one here in Scotland which commemorates his visionary legacy. 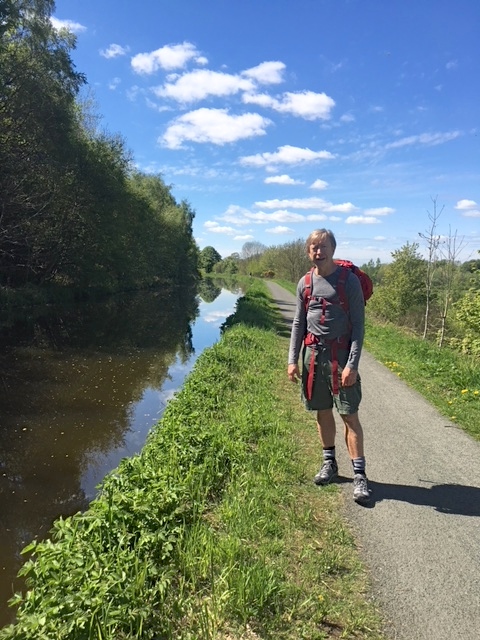 Because he was a prolific writer there are many quotes attributed to him. I like this one: ‘Thousands of tired, nerve-shaken, over-civilized people are beginning to find out that going to the mountains is going home; that wildness is a necessity’. 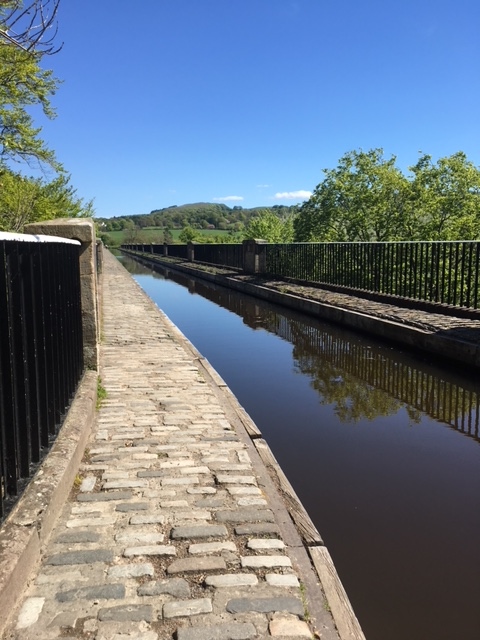 Avon Aqueduct .. at 250 metres long and 26 metres high it’s the longest and tallest aqueduct in Scotland 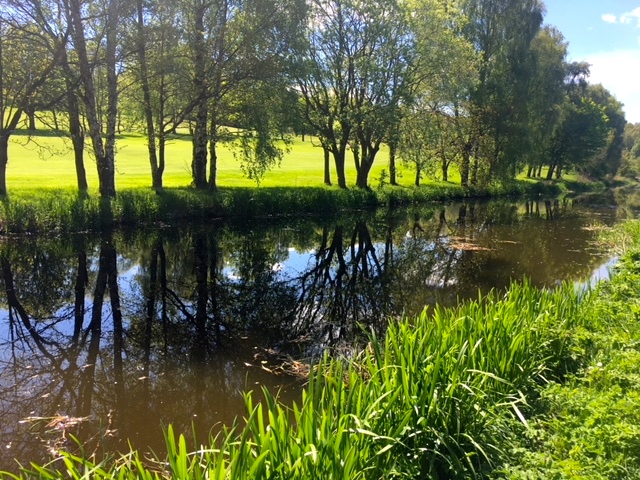 I was able to share the gorgeous weather with my husband. Big smiles! It was the only week he could schedule in and I was worried that it was going to be the least interesting part of my whole journey .. being the narrow corridor between Edinburgh and Glasgow. But in fact the canal walk continued to be leafy green and peaceful, as the water made it’s gentle journey and we walked beside it. And of course, I didn’t miss the opportunity to inveigle another guest writer …

Dear readers, another interloper holds the pen. I have come to inspect the family assets, namely The Bridge, The Firth, The Valley, The Port, The Canal (well OK our family shares this with Bonnie) and The Street, where your correspondent was captured on photo. 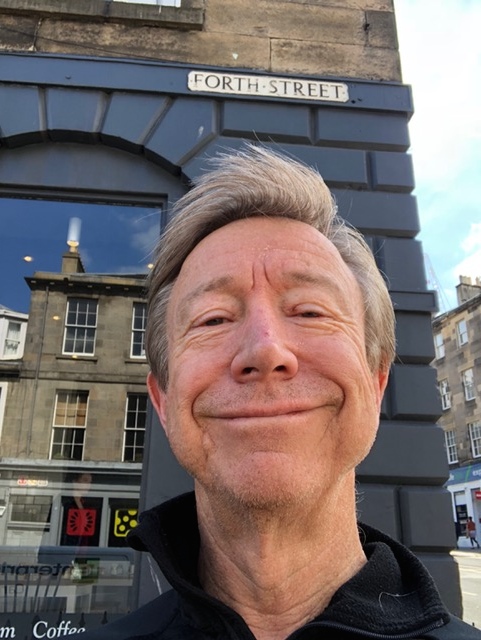 Checking out Forth Street

Wonderful to spend some time with my intrepid celebrity wife, despite the fact that she was ravaged by fever (as is common on these long voyages of discovery). We celebrated “Day 66” and whilst it wasn’t Route 66, we still got our kicks today. We started as tourists, visiting Linlithgow Palace, one of the principal residences of the monarchs of Scotland in the 15th and 16th centuries, and the birthplace of Mary Queen of Scots. There are the remains of an extraordinary Medieval Banqueting Hall, and I helpfully suggested to the staff that Mixed Reality headsets would help us to imagine the hall, fully restored, in the midst of a celebratory dinner after a successful hunt. 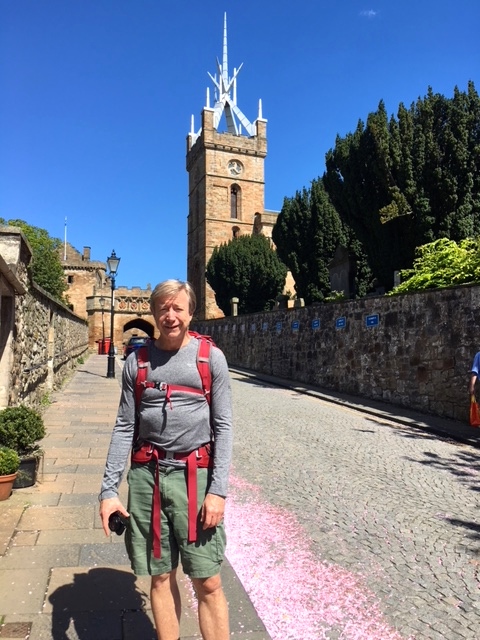 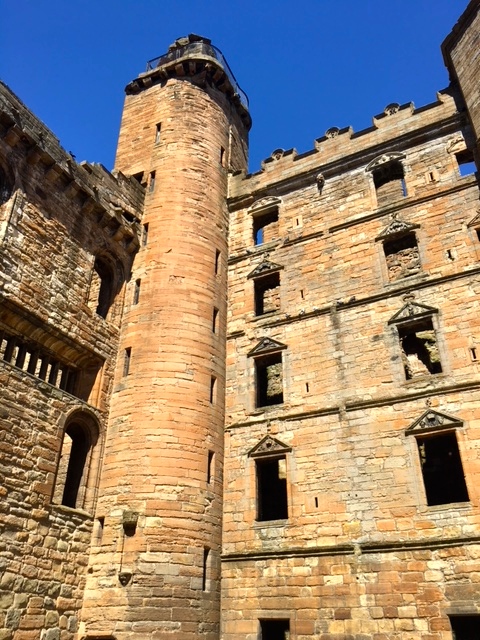 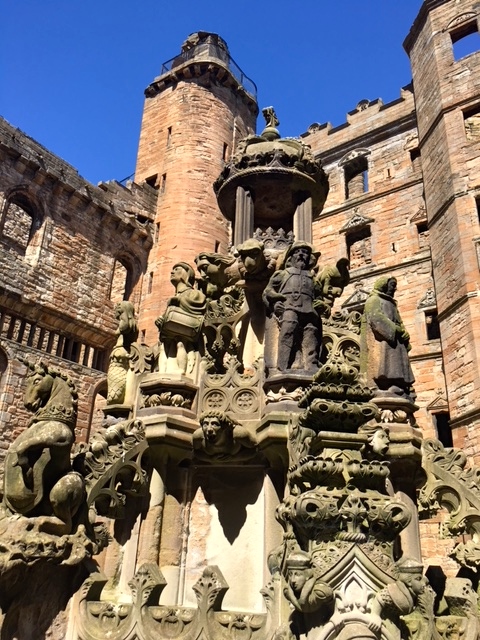 Fabulous fountain, only turned on in August .. Scotland being prone to drought, of course

The Palace, whilst not being in Yorkshire, did have a Pythonesque history. First Royal Manor were built in 12th century, but that fell down. So they built another one (in September 1302, sixty men and 140 women helped dig the ditches; the men were paid twopence and the women a penny daily… pay equality dates back a long way…). That burnt down. So they built another one: James I, III, IV and V all leaned in, and by the mid-1500s, we had a Palace that “stayed up.” But after the Union of the Crowns in 1603, set in motion by James IV’s marriage to Henry VII of England’s daughter and the poorly-named Treaty of Perpetual Peace, James VII of Scotland alias James I of England, sloped off to enjoy England’s palaces. He also, to be fair, had to deal with his “Brexit” of the day: fears were openly expressed in the Westminster Parliament that English jobs would be threatened by all the poor people of the realm of Scotland, who will “draw near to the Sonn, and flocking hither in such Multitudes, that death and dearth is very probable to ensue”. Thus Linlithgow Palace was neglected, and it began to sink slowly into t’swamp (I will resist Trumpian exhortations to drain it…). And the Pythonesque coup de grace was a visit from the Duke of Northumberland’s troops, who booked in for a night on their way north to have a rumble with Bonnie Prince Charlie at Culloden. Neglecting their basic Boy Scouts’ training, they departed without having extinguished all their fires, and aye, palace burnt down. 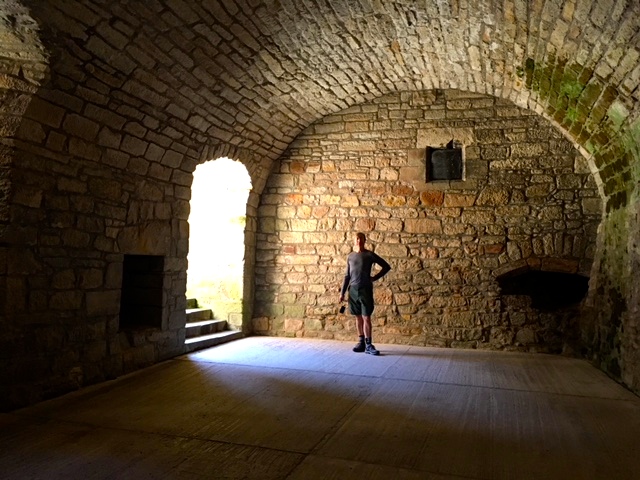 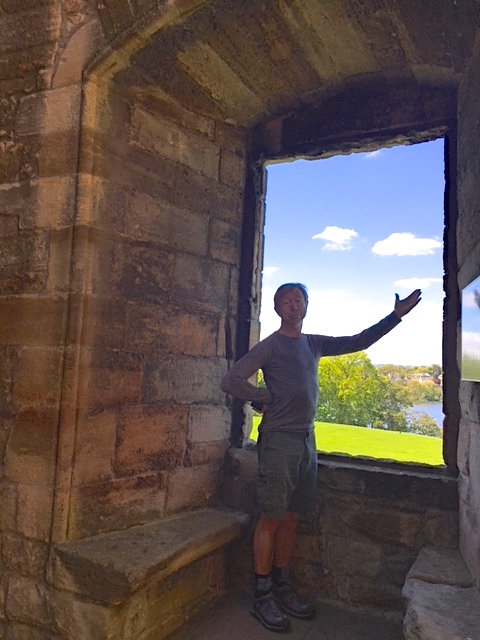 Jules and I then continued on the journey, joining the Union Canal and John Muir Way. Jules’ fetish for lambs was eclipsed by the sighting of the first ducklings, much squealing from your intrepid heroine. 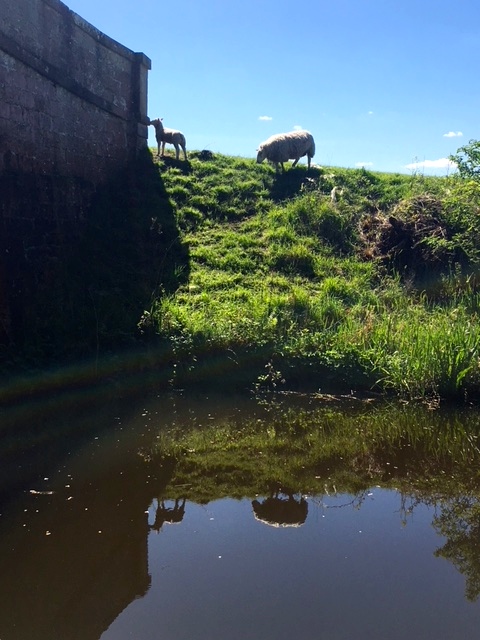 So on we pressed to Falkirk, and, in a tribute to globalisation, a pint of Cobra and Handi (the most traditional and widely cooked dish in Punjab, prepared with fresh chopped ginger, garlic, black pepper, garam masala & dry red chopped chilli, garnished with coriander).

Black Dog Tails
This sweet picture is of members of USMC military police relaxing with Corporal Buttom, in central Helmand, back in 2010. 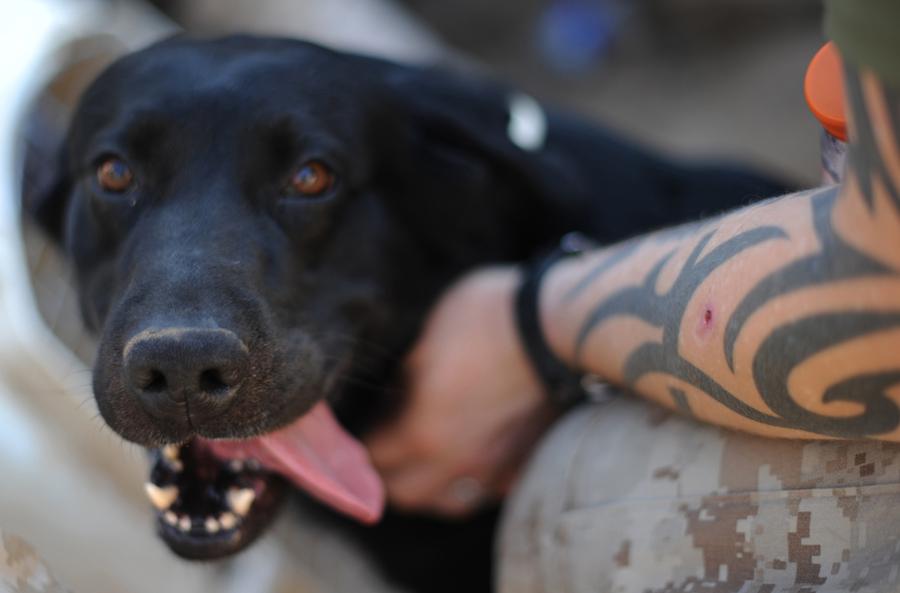