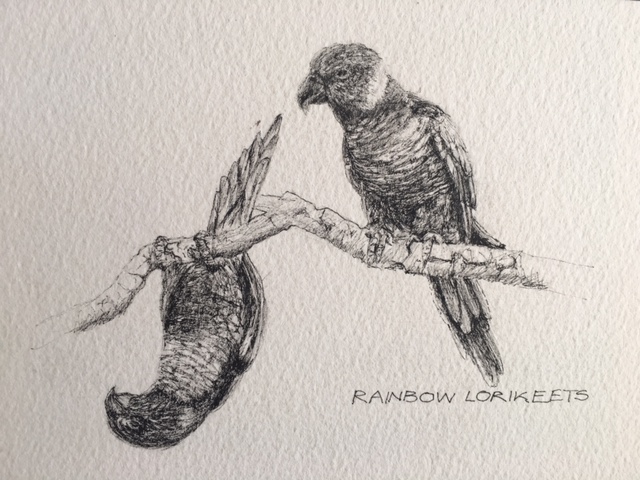 December has been hot. Very hot. I now have a convincing backpack tan and there’s a demarkation line where my socks begin and end. Walking in the mid thirties is remarkably debilitating but it has meant that I have been sleeping the ‘sleep of good children’. As well as spotting Rainbow Lorikeets along the way there have also been singing kookaburras making regular appearances in trees .. 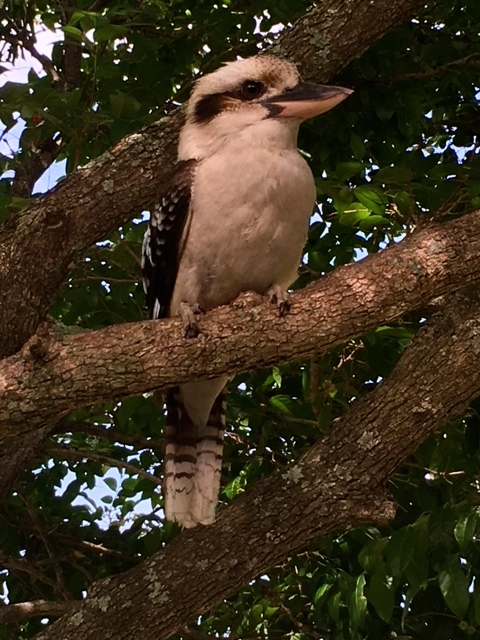 I’ve significantly increased my stair climbing in preparation for the South West Coast Path in Cornwall and Devon. Particularly fit friends of mine have warned me about the coastal steps being steep and uneven. And so neighbours will have been bemused to see me climbing up and down the similarly steep steps in our garden. I’m up to 20 ascents/descents a day now, which the Healthy Heart on my phone gratifyingly if misleadingly recognises as many more floors. 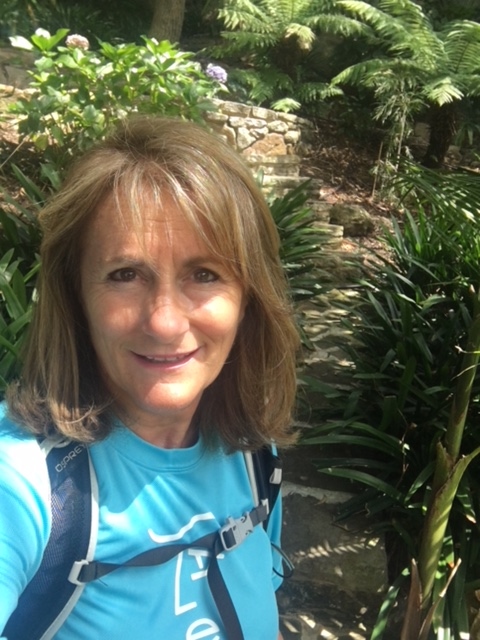 Climbing the garden stairs in my SANE teeshirt

My rucksack is now a constant 8kg so there won’t be any nasty surprises when I set out from Land’s End. It’ll mean being very miserly with my clothes and toiletries but I’m cool with that. One of the things I relished during the Thames Walk was having no choice of clothes to put on in the morning. It was a bit like being back at school with a uniform. No choice just meant less time thinking about inconsequential things. It doesn’t translate particularly well to real life but for three months I’m going to love that daily freedom.

I’ve been lucky enough to have all sorts of companions walking with me during December. Friends have introduced me to their favourite walks and I’ve seen parts of Sydney and Melbourne which are new to me. I’ve loved sharing in our son’s prep for his Mount Kili climb too. 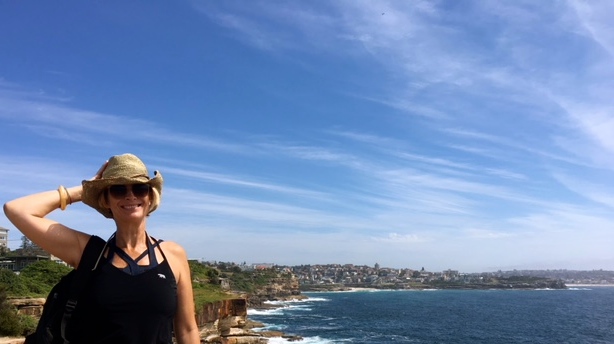 Walking from Bronte to Coogee with Kate 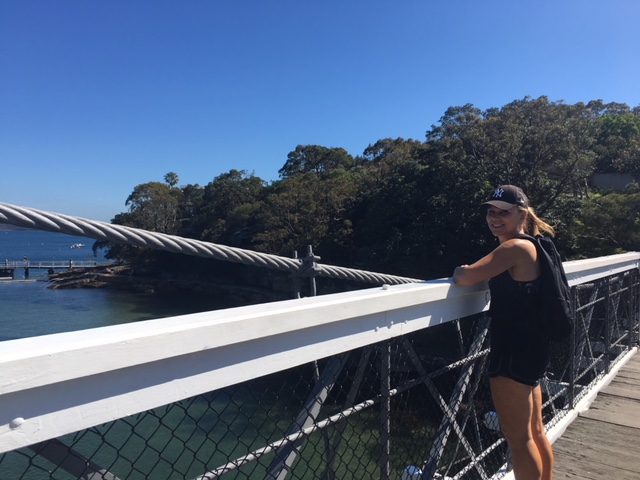 The Heritage Walk back in the Eastern ‘Burbs with Sophie 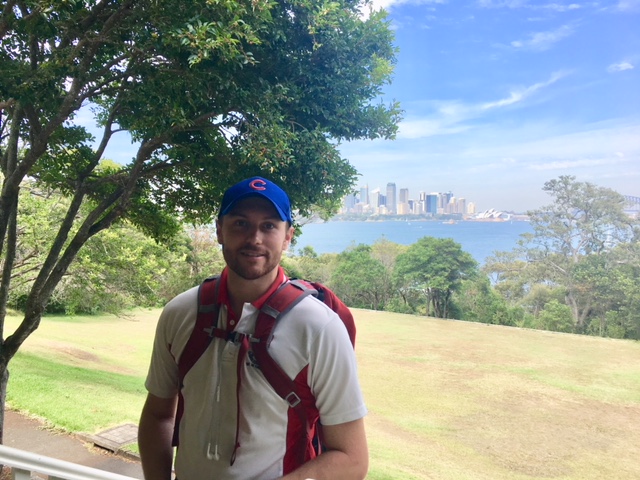 Christmas has been all around me as I’ve walked too. And there have been many wondrous sights to see. Some more fathomable than others! 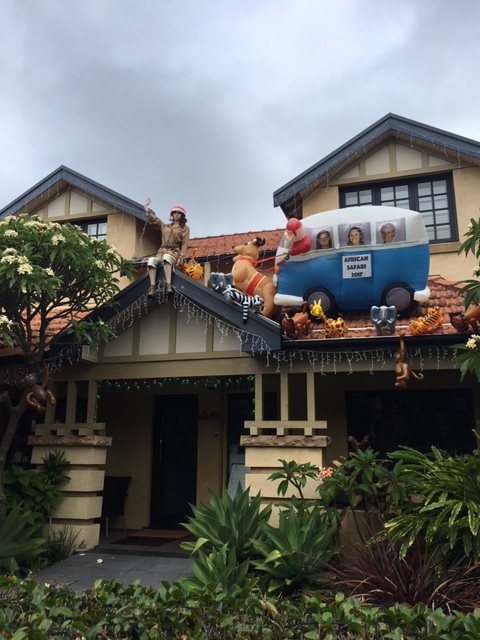 Much of my December walking has been alongside water .. Sydney Harbour, the NSW coast and the river Yarra in Melbourne. It’s meant spectacular views and often a lot of stairs. Being surrounded by such spectacular views sometimes creates the illusion that you’re constantly on holiday and returning home to deal with bills, emails and washing up is often a bit of a surprise! Sydney’s a surprisingly hilly place .. but that’s been good for the calves. 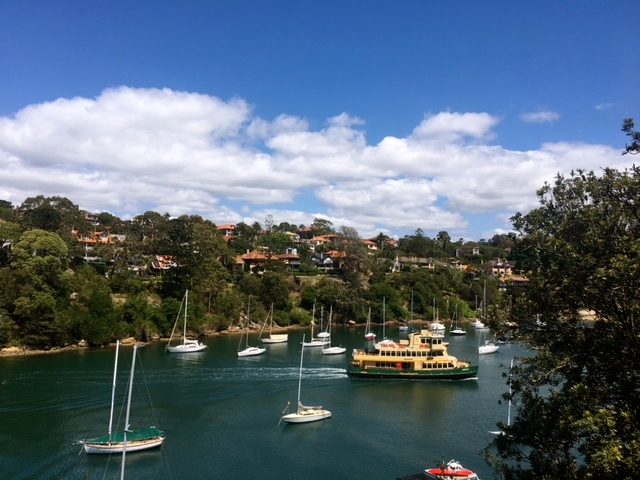 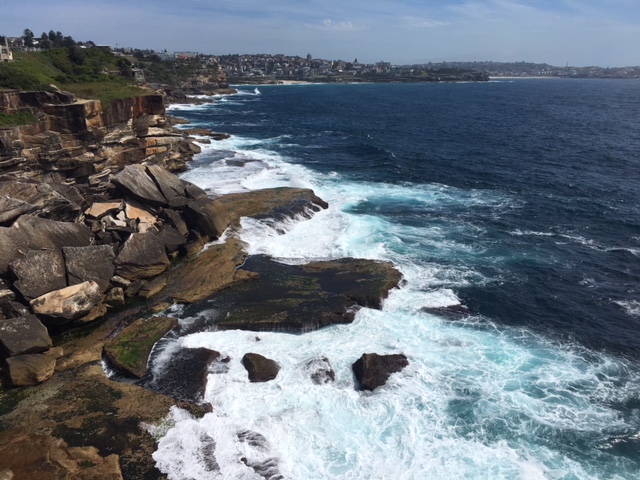 The coast south of Sydney

There have been some amazing houses to see along the way but what always staggers and delights me is the amount of prime real estate reserved for the dead. Take Waverley Cemetery for example. It tops the cliffs at Bronte in the eastern suburbs of Sydney and takes anyone doing the coastal walk, right in amongst the gravestones. It’s packed to the gunnels with fabulously over the top Victorian and Edwardian monuments. The first interment took place in the afternoon of 4 August 1877. And since that time more than 83,000 interments have taken place in 50,000 graves and memorials over 16 hectares. 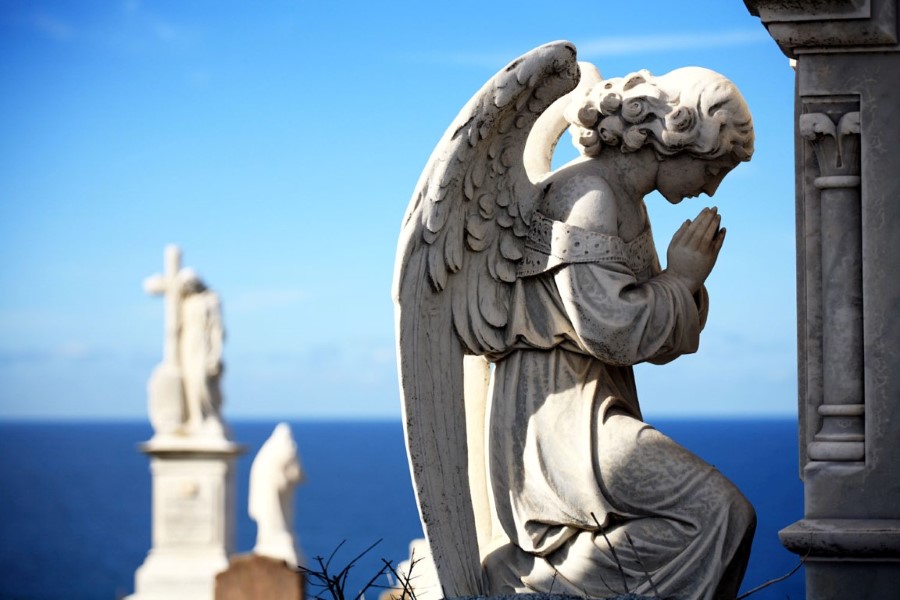 Angels praying for souls under an azure sky

I want to put in a word for my local Chiropracters in Mosman. If you read the blogs of any long-distance hiker, you soon come to realise how obsessive they become about niggles which may develop into an injury and have an impact on progress. It’s been wonderful to have Sue and Ashley to help me out with treatments and advice. And a big thank you to them for donating the cost of one of my treatments to The Black Dog Institute. http://mosmanchiropractic.com.au

Last night we walked down to Kurraba Point to watch the midnight fireworks on Sydney Harbour. I thought I’d include a photo here alongside my wishes for a very happy and successful new year!   At long last .. my Walking The Black Dog year has arrived. Can you feel my excitement!! 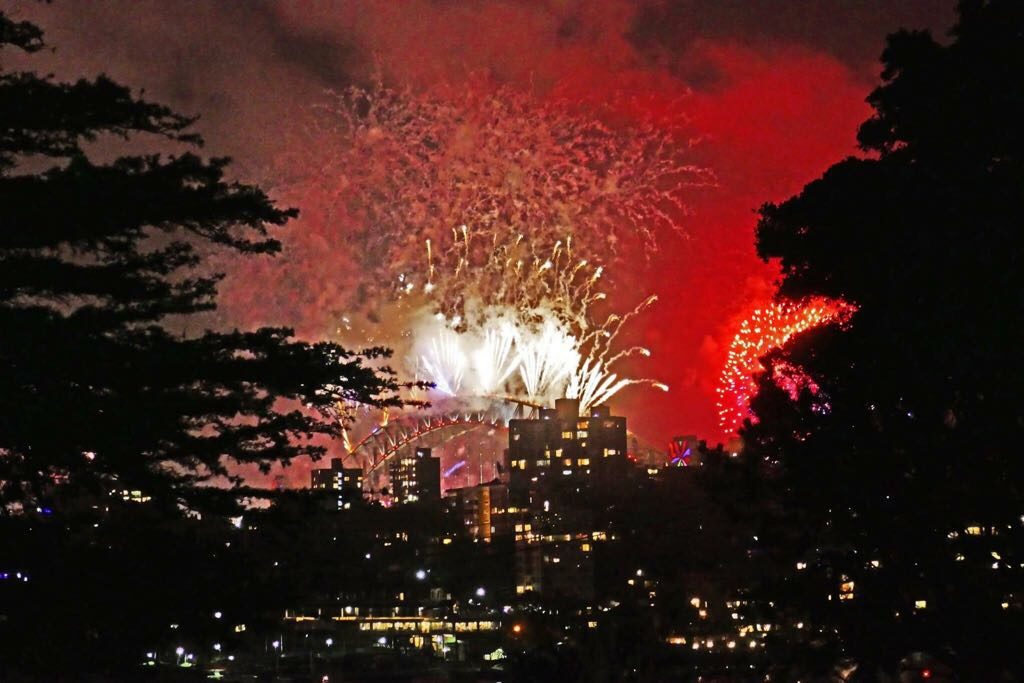 Bringing in the new year!

Black Dog Tails
Kermit is the first ever funeral parlour emotional assistance dog .. available for pats and hugs to anyone who is grieving. 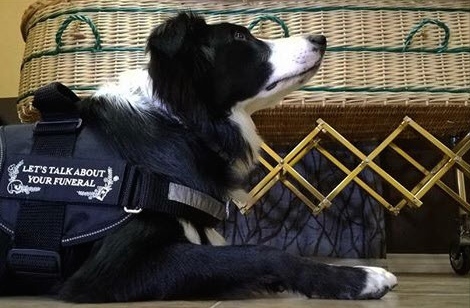