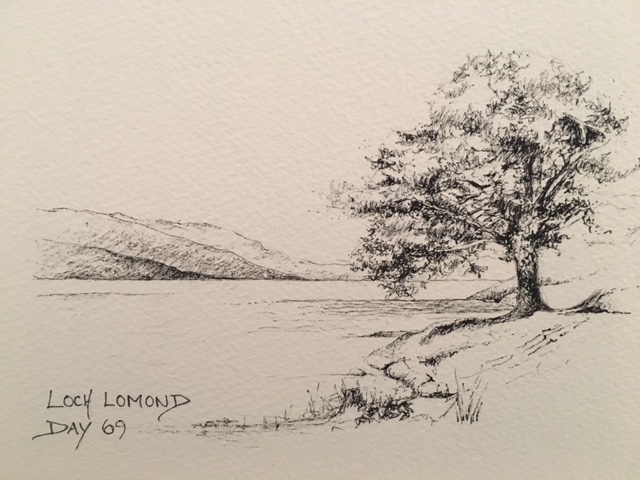 After days of walking sideways it felt good today to have the compass pointing northwards. From Strathblaine we followed the John Muir Way for a couple of miles, through woods and farmland, having brief chats with dog-walkers .. and their dogs. 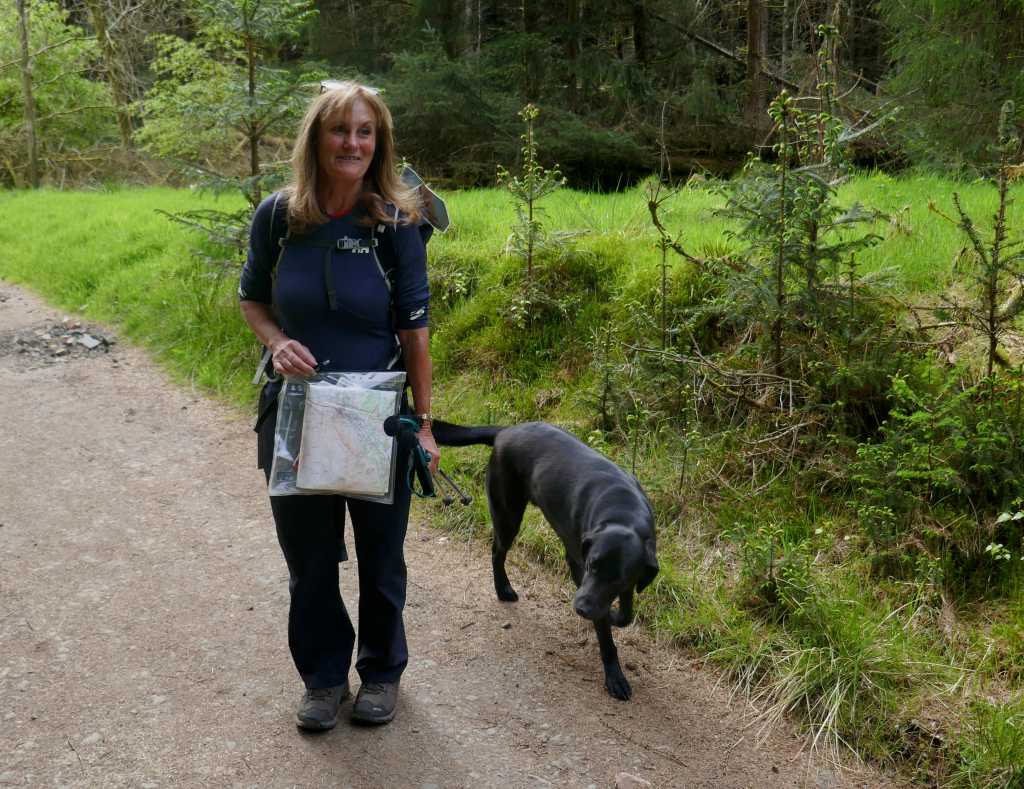 Portia out for her morning walk

It was an overcast day, with a very flat sky .. something that makes good photos difficult to take. With the low contrast many of the views looked a little dull and uninspiring. Nevertheless, it was warm and I had my husband at my side .. all good. My lacklustre mood of two days ago had largely evaporated, as so many seasoned walkers suggested it would in their messages. Thank you so much for your thoughtfulness. The heel was still bothersome but I’m hoping the physio I’ve booked to see tomorrow morning will help sort that out. 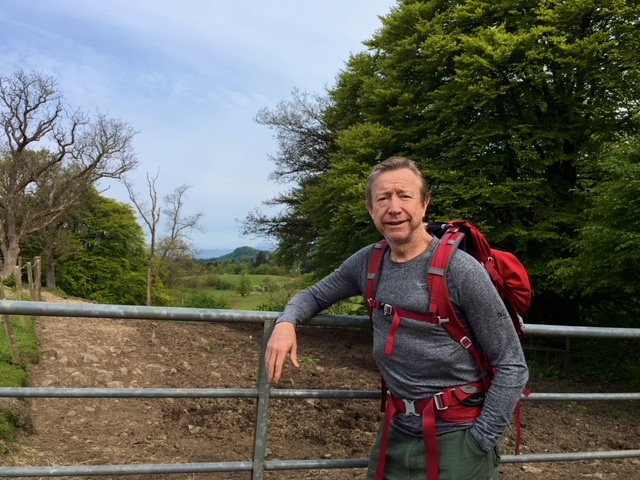 As we hit Carbeth Loch, we found ourselves suddenly part of a conveyor-belt of walkers. I knew the West HIghland Way was often busy but after the weeks and months of having trails virtually to myself, I was blown away by the numbers of other backpackers, all heading in the same direction as me. This was to be my new national trail for the next few days. It link Scotland’s largest city, Glasgow with Scotland’s highest mountain, Ben Nevis in the town of Fort William. 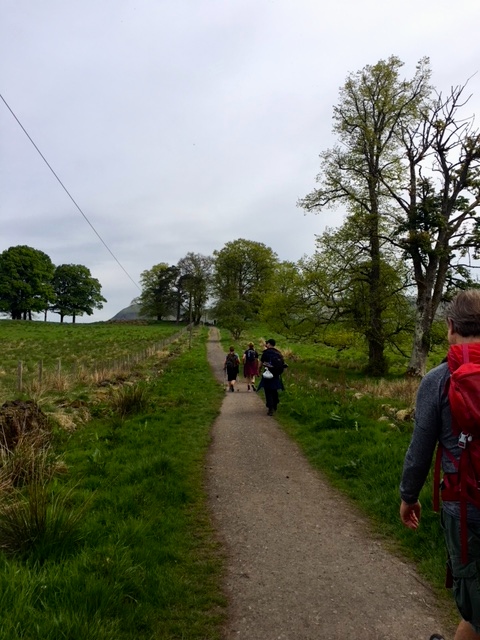 Heavy traffic on the WHW .. 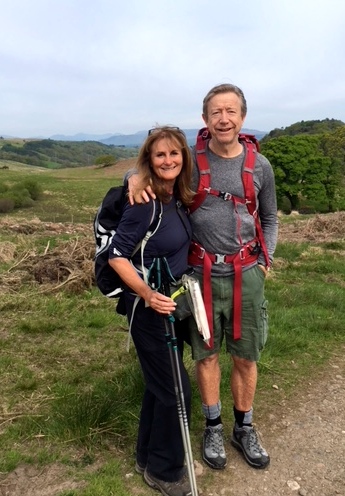 .. with kind offers to take photos

There were distractions. The Glengoyne Distillery was a temptation just off the trail. It’s supposed to be the prettiest of all Scottish distilleries. I’ve always loved the idea of whisky .. all the names and histories and language .. but although I quite like the smell of it, I really can’t abide the taste. I’ve tried very hard to like it, truly I have. Today however all that changed with Glengoyne’s 12 year old finest. Lemon zest, toffee apples and a hint of Cointreau .. they were all there for me and I loved it. I have to confess we had more than one nip from the miniature, as we walked the rest of the day’s route. The signature whisky fudge also went down pretty well. 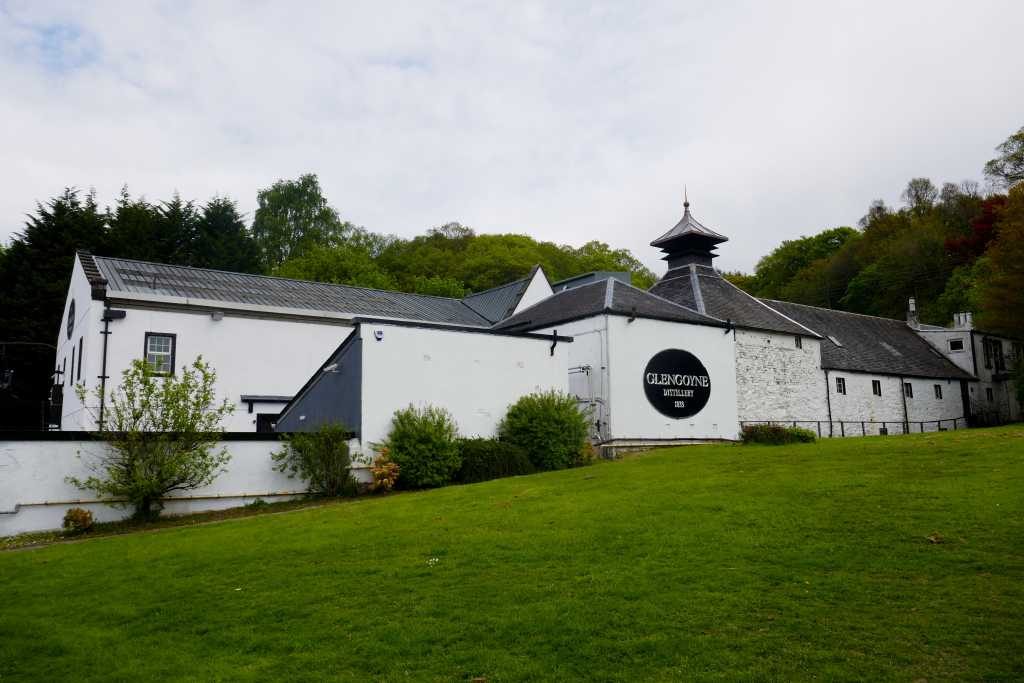 The Teapot Dram V, which is only available from the distillery, is apparently packed with flavour: ‘porridge, strawberries and pepper on the nose, spicy oak, cinnamon swirl and walnuts on the tongue’. But I only had tastebuds for Glengoyne’s 12 year old whisky.

There have been wacky sights along the whole of my journey and today’s offerings were just as good as any other day .. 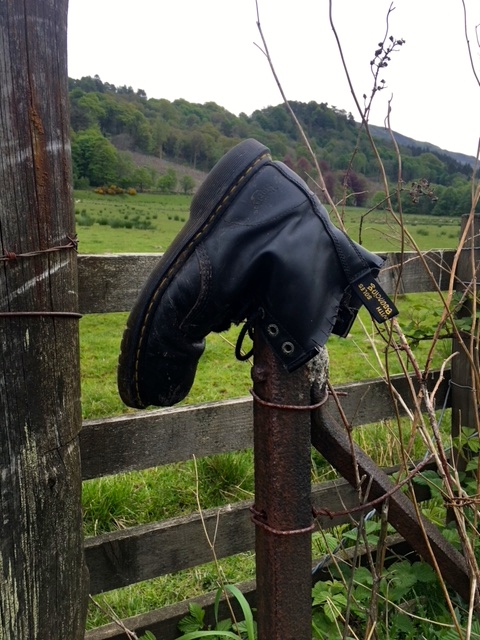 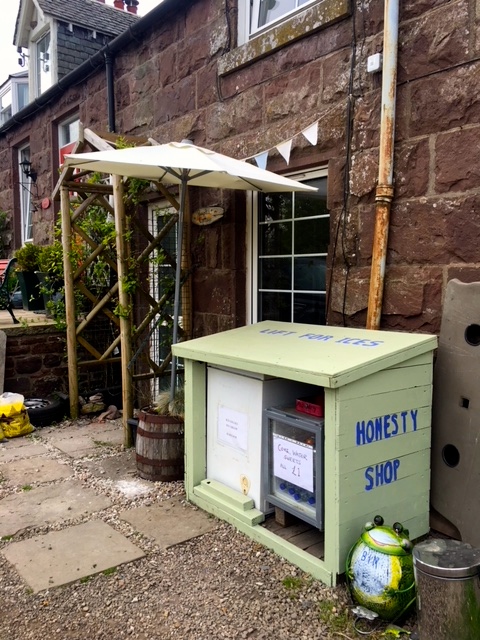 The day had a feeling of impending splendour. While the path and its surroundings were gentle it was pleasant rather than anything more dramatic. Ahead of us however, we could see promising mountains and towards the end of the afternoon, there were glimpses of Loch Lomand too. 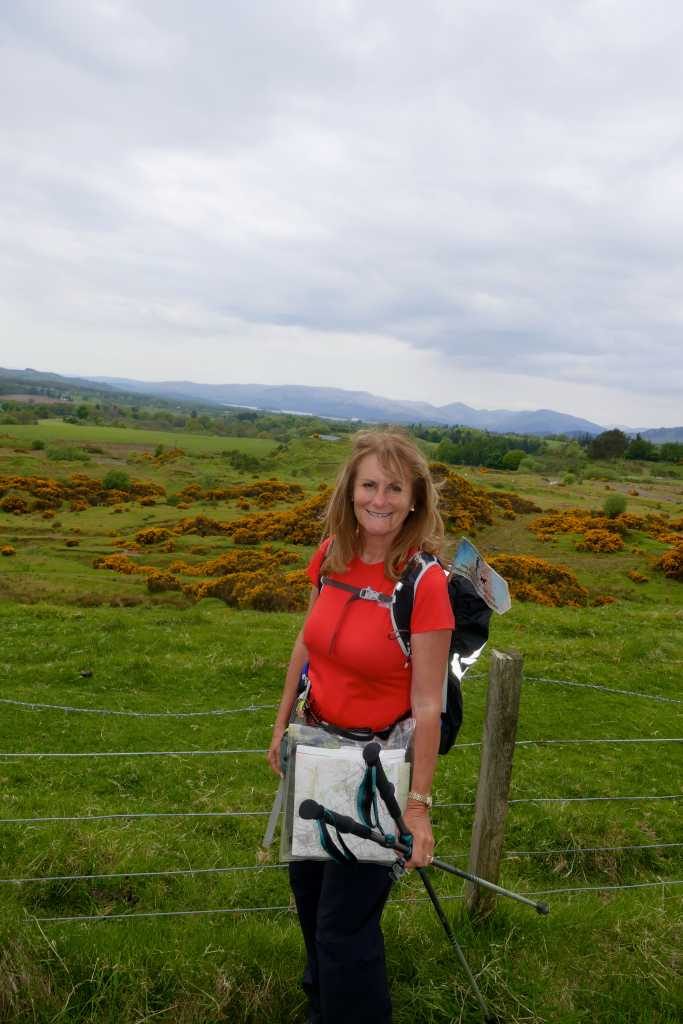 And here’s Patrick to wrap up for the day ..

We arrived in Drymen, a little village on the banks of Loch Lomond, famed for having the oldest licenced pub in Scotland, and for having been home for Billy Connolly at one phase in his life. We met up with Helks, squeals all round, and retired to the said pub, The Clachan (meaning ‘of stone’, nothing to do with The Kraken, though Jules was wary at the thought of a giant sea monster rising out of Loch Lomond… I told her she was just getting prepared for Loch Ness…) 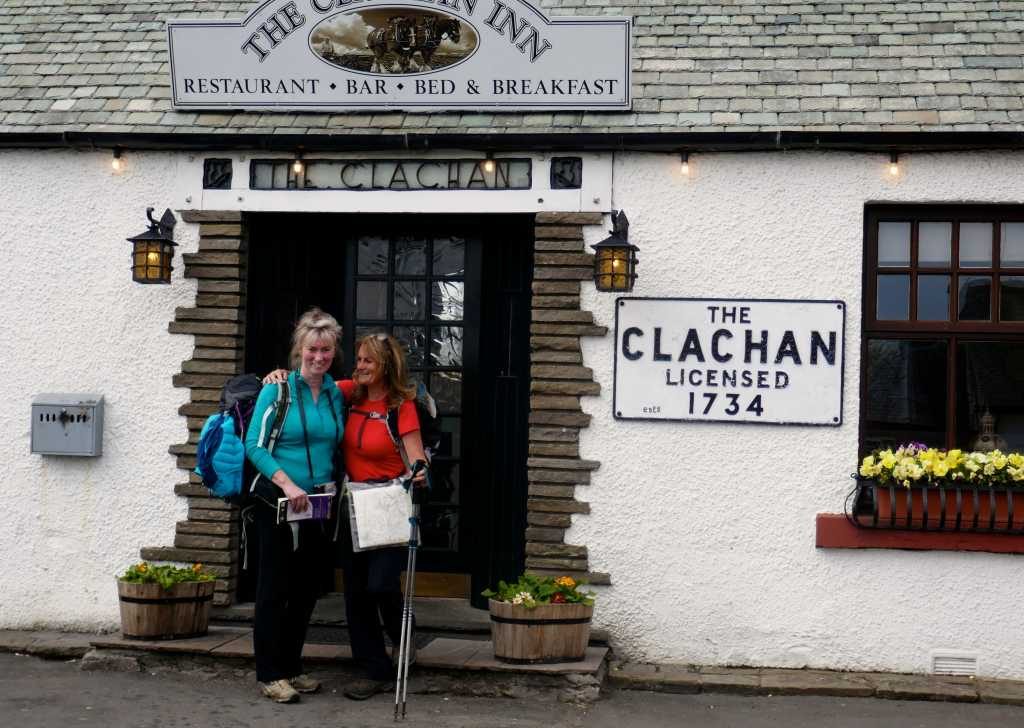 Rendez-vous with Helks at The Clachan Inn in Drymen

Black Dog Tails
Colton Rusk was a dog handler who enlisted in the Marines straight from high school and Eli, the four-year-old bomb-sniffing dog, was his partner. The pair was serving in Afghanistan when Rusk was hit by Taliban sniper fire in 2010. Eli was the first to reach him. He crawled on top of Rusk’s body, ferociously protecting him from further fire. Tragically Rusk died of his injuries. 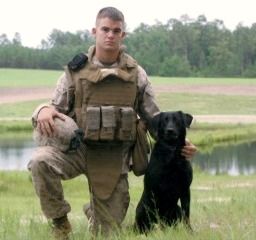