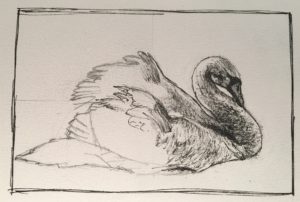 At the risk of sounding repetitive, the sun was once more shining strongly out of a blue, blue sky when I left Hurley on Thames. The olde Bell had been a lovely stop, with fantastic food and stylish accommodation. 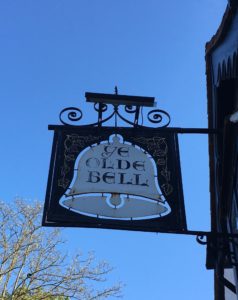 The village church is close to the river and like many others I’d seen, was clad in the flint common to the area. 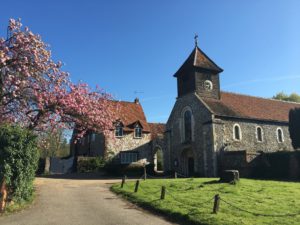 The church at Hurley 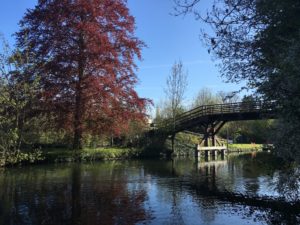 I rejoined my friend the Thames and started to walk one of the prettiest stretches of the river. Spring was burgeoning everywhere and I passed countless new little families of ducks and geese. Swans had become such a ubiquitous sight that I decided a sketch was in order. 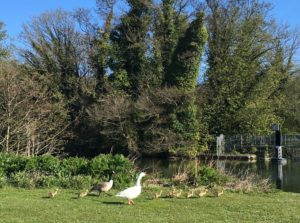 Spring families along the banks

There was the odd barge or houseboat along the way but really, the morning was just tranquil with nothing but birdsong to accompany my walk. 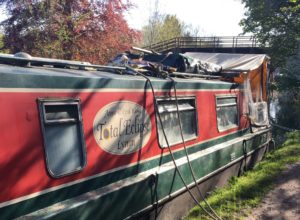 Old neighbours of yours, Tigger and Ilse?! 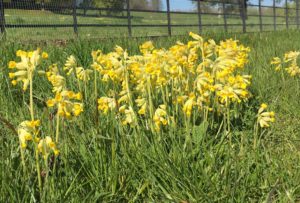 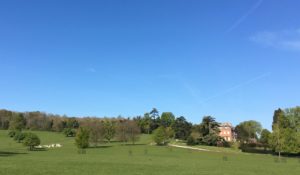 There were no houses until Henley, except for the beautifully positioned Culham Court with its herds of deer in exquisitely maintained parkland. To make for pure perfection, the house overlooked a cricket pitch! 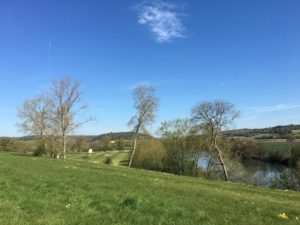 Fab place for a cricket pitch

On the way into Henley I passed Medmenham Abbey. Once a home for Cistercian monks, it was dissolved in 1547, to later become an altogether different sort of place for men to hang out. It became the headquarters of the notorious ‘Hellfire Club’, founded by Sir Francis Dashwood in 1749. Hooray Henries of the day gathered at the club for nights of ‘drunkenness and debauchery’. Allegedly they held mock religious ceremonies, wearing extravagant fancy dress and masks to conceal their identity when engaged in some of their more ‘colourful proclivities’! Bet it held brilliant Halloween Parties a la Home House, don’t you think Patrick, Nickand Joanna?! Eventually the Abbey was forced to move location .. to the caves of West Wycombe, which Dashwood had specially dug out for the purpose. Difficult to believe all this as I look across the sweetly flowing river, to the stately, white building. 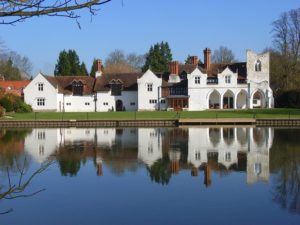 As I approached Henley the river became busy with pilers preparing lanes for the Regatta, due to take place in a couple of weeks. 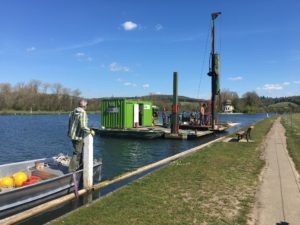 Setting up for the Henley Regatta

On the bridge at Henley I met up with my sweet mate Cara, to walk the second half of the day. 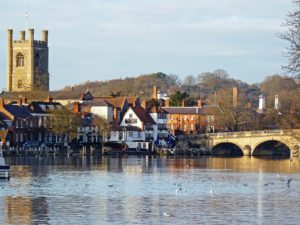 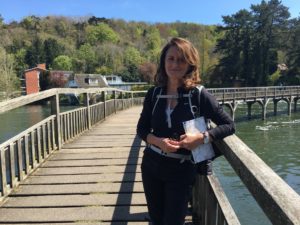 Not long before we find our watering hole for lunch in the pretty Saxon village of Sonning. Once we’d located the riverside Bull Inn (which it turns out is not at all next to the river!), we had one of the best lunches I’ve ever had the pleasure to eat. Great recommendation, Cara’s brother Richard. 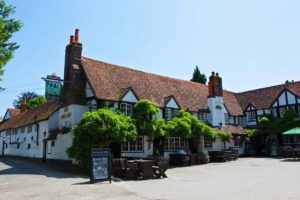 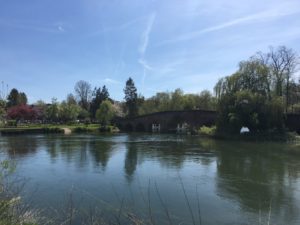 Back to the river and on with the walk in the glorious sunshine. However, it was at this stage that the river became a very dangerous place to be .. with ferocious dogs, whomping willows and house boats that would have looked more at home on the set of Apocalypse Now. 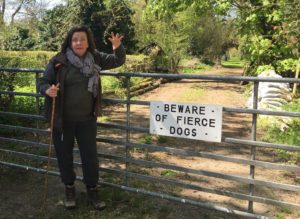 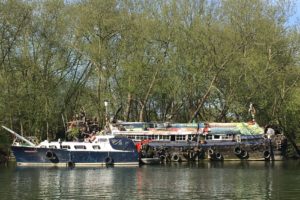 And on to the home stretch towards Reading and a whole different landscape .. 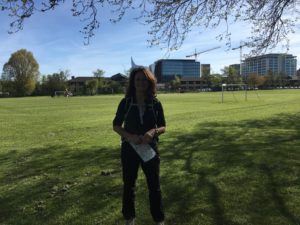 The Reading Shard giving me a witch’s hat! 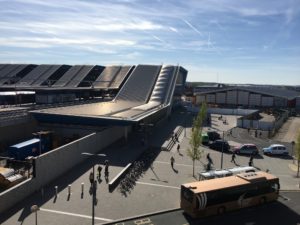 The new Reading station where we picked up Cara’s car and finished the walking part of the day ..

And then on to spend the night with the wonderfully hospitable Hobarts. 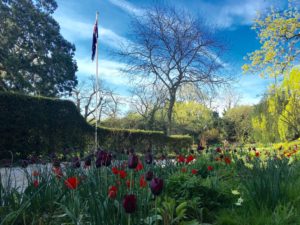 Aussie welcome .. you can just make out the Southern Cross

Dog of the day .. not sure of his name but in my mind he was definitely Rover. 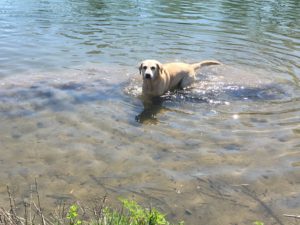